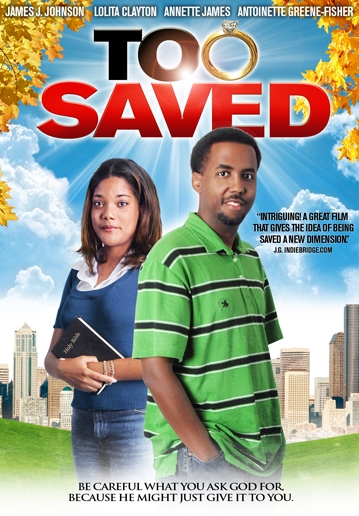 “Be careful of what you ask God for, because He might just give it to you”.

Lisa (Lolita Clayton), a young, single, women has been praying for years that her boyfriend Bobby (James “JJ” Johnson) would accept Jesus Christ as his savior, unfortunately when he finally does it’s much more than Lisa ever bargained for. The question is; has Bobby become “Too Saved” for Lisa?

TO PURCHASE A DVD COPY OF “TOO SAVED” CLICK HERE: https://www.nubiafilmworks.com/product-page/too-saved-dvd