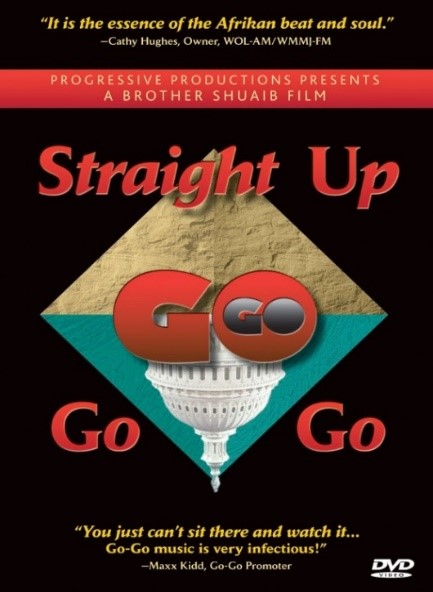 You Can’t Just Sit There and Watch. Go Music is Very Infectious”

There are more than a few theories about where “Go-Go” came from and how it was developed, but on two points all factions agree: it evolved from African rhythms and it is unquestionably the music of Washington, DC. This one-hour documentary film explores the history of Washington, DC’s home grown music form affectionately known as “Go Go”. Straight Up Go Go explores the African roots of the music, it’s humble beginning on the streets and clubs of Washington, DC and the politics surrounding its influence on the youth. Informative and kinetic, Straight Up Go-Go was called “the most comprehensive documentary film ever produced on the music” by the Washington City Paper and is a first-rate introduction to “Go Go” as well as an invaluable social document.

TO PURCHASE A DVD COPY OF “STRAIGHT UP GO GO” CLICK HERE: https://www.nubiafilmworks.com/product-page/straight-up-go-go-dvd